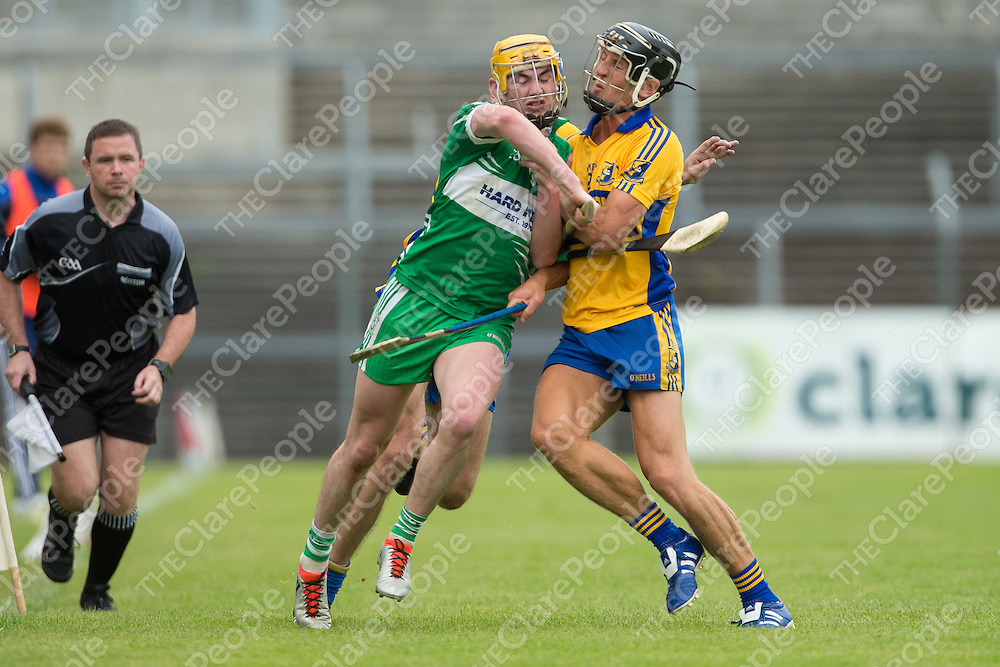 It was a dry, warm evening for hurling in O’ Garney Park, a great evening for hurling. Wolfe Tones were severely depleted on the night, missing 9 off their panel and barely able to fulfill the fixture with 15 players. Testament to the Shannon men they came regardless and tried their best and put up a respectable 1-05 despite missing so many players.

The ‘Bridge opened the scoring with a Fionn Hayes point, the first of another 4 he would score on the night. Indeed shortly after Fionn scored a great goal after some fantastic team play to bring the score line to 1-03 to 0-00. In fact the game was well into the 2nd quarter before the Shannon men could manage a score coming from a free and leaving the score line at 1-05 to 0-01. The ‘Bridge were winning the battles all over the field and with Conor Murphy doing well on the frees also, they finished the half 1-11 to 0-01 to the good.

The second half saw the Shannon men open the scoring but they did not score again until well into the second half when the ‘Bridge had amassed 1-19. In this purple patch for Wolfe Tones they scored 1-03 without reply but it was too little too late as the ‘Bridge saw out the game with the final score line 1-23 to 1-05.

While the result was great, it has to be conceded that Shannon were well under strength and never really tested the ‘Bridge men. Nevertheless a win is a win and there were some good performances from Ian Collins at full back, Seamus O’ Connell, Oisin Breen, Conor Murphy and Dara Fitzgerald and Fionn Hayes of the younger brigade also performed well and Brendan Carey did well also contributing 2 points when he came on.

The ‘Bridge now progress to a County Semi Final where they will meet Doora Barefield who had a big win over Kilmaley tonight.

To celebrate winning the Canon Hamilton for the 14th time...

Coaching Workshop this Thursday in Sixmilebridge

The club are looking to source a photo of the full panel ...