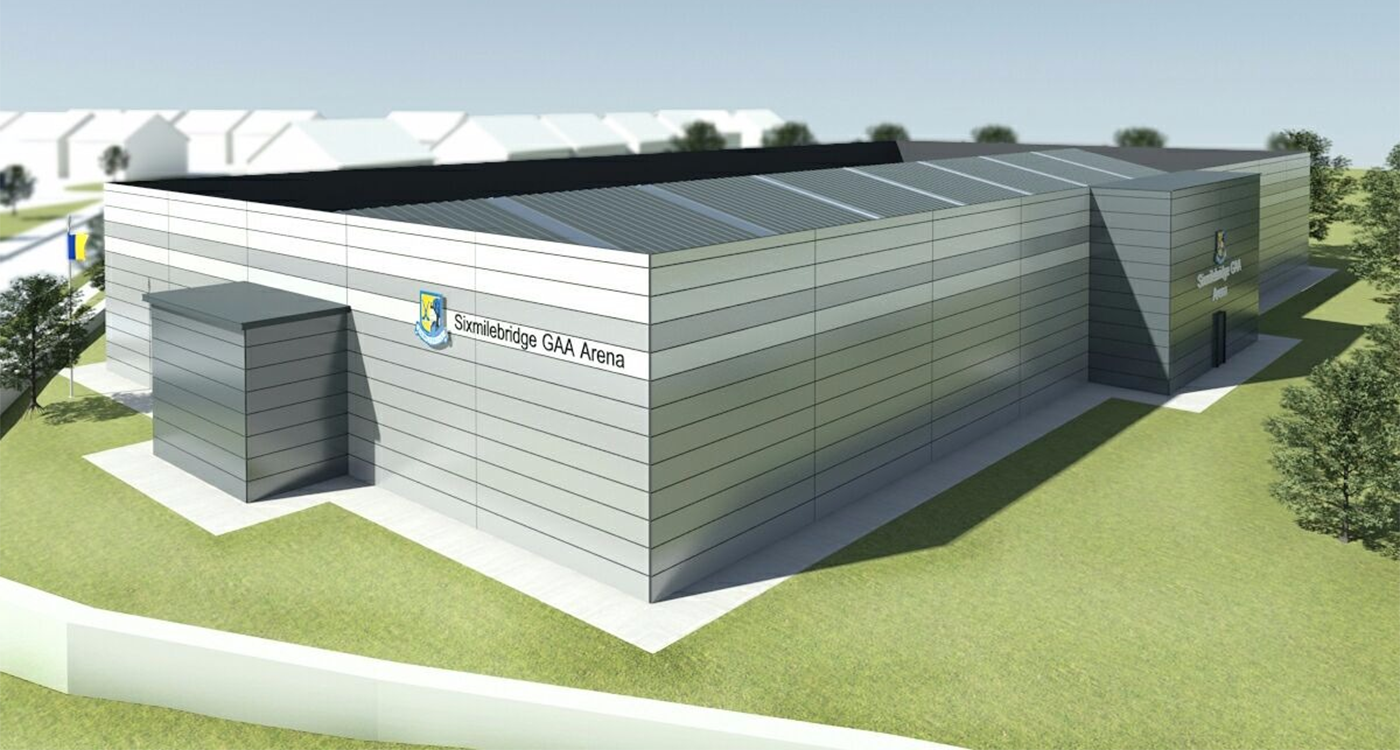 At our Cappa Lodge training campus we plan to build a 60m long x 30m wide steel clad building that is 18, 000 square feet in size. This building will house an indoor astro turf playing facility with a viewing gallery and reception area. A steel portal frame structure will encompass the building with precast walling internally to act as an all-round hurling wall.

May 2020 - Cladding around building completed

The new lotto which, by way of reminder - there are now 10 (instead of 5) lucky dip winners who each win €30 weekly. The lotto also increases weekly now by €300

The Arena Grants committee have now completed the application process and submitted the application for Sports Capital Funding under the 2017 programme. An announcement is expected on the outcome of successful applications over the coming months. The application was prepared by a dedicated sub-committee of recruited volunteers for which the club is grateful of all your efforts. The sub Committee consisted of Chairman, Ian Chaplin and members, Flan Quilligan, Vincent Delaney, David Deighan, John Gaule, John McNamara, Christy O'Connor, Joan Keogh.

The weekend festival was a massive success with massive support on the entertainment side and arttendance side from the local community and beyond. Events at the giant marquee included Strictly Come Dancing, Nathan Carter, Friends in Low places (Garth Brooks Tribute), Monster Bingo and Stars in their eyes.