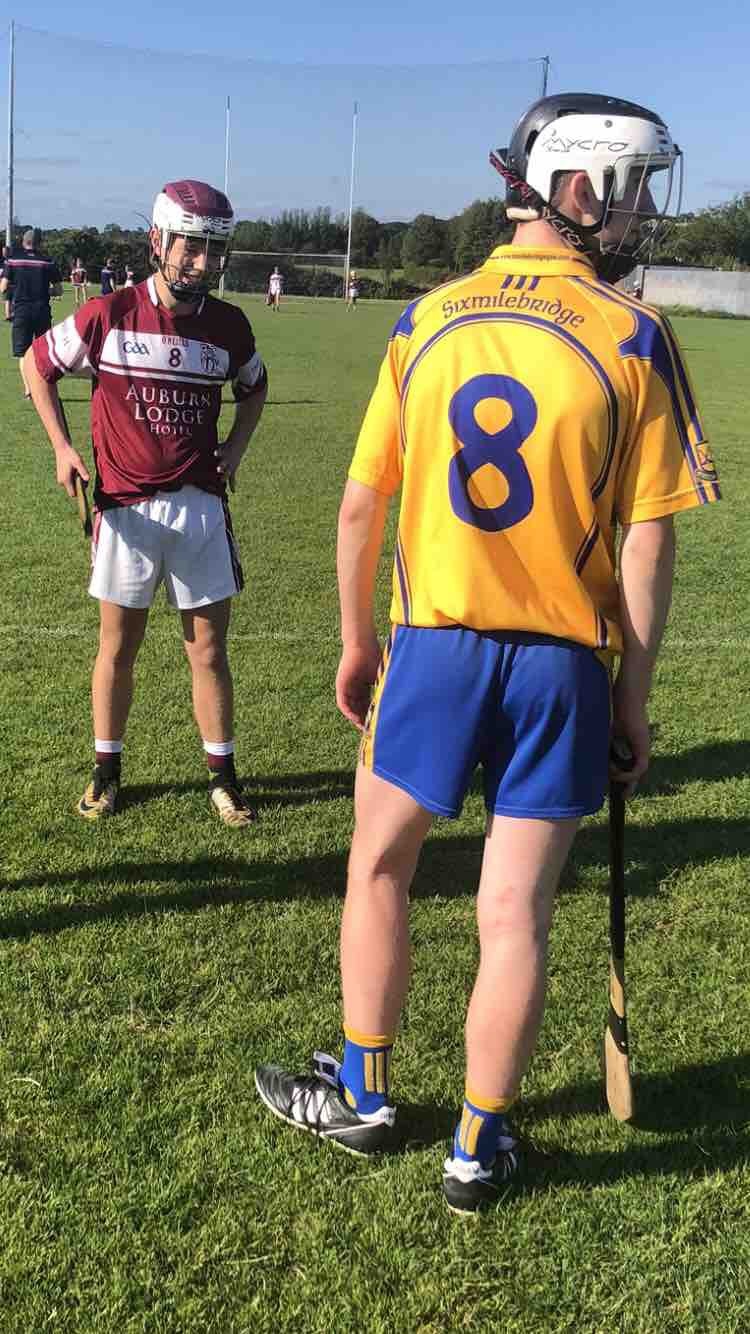 The 15A semi final pitted strong favorites Doora Barefield, the 2019 Feile champions and U14A finalists against a ‘Bridge team who have made progress over the previous years but would not have been seen as contenders for this championship.

The evening was perfect for hurling, no breeze, warm and dry with the pitch in immaculate condition at O’ Garney Park. A decent crowd was present to witness what turned out to be a phenomenal game and will be remembered for a long time, not for the result but for the spirit, determination and never say die attitude that this ‘Bridge team brought to this championship knockout battle.

The games opening score was an early blow to Bridge hopes, a goal for Barefield corner forward Brendan Keane, his first of 2 green flags on the day and indeed Barefield would end the half with 4 goals scored. 2 of those goals could be attributed to ‘Bridge errors which were avoidable.

The ‘Bridge first half scores came from Conor Murphy, Lee Mulready and Brendan Carey. The goal scored by Lee Mulready after good work to break the ball down by Darragh Custy. The half ended with Barefield well on top finishing with 2-2 unanswered. The half time score was Smb 1-08, Barefield 4-05, a 6 point deficit.

The ‘Bridge came out fighting in second half and scored the first 3 points, from Lee Mulready, Conor Murphy (free) and an inspirational point from long distance by Seamus O’ Connell. Barefields scoring was curtailed in this half by a spirited performance by the Bridge backs. However a penalty was conceded by the Bridge and scored by Barefield midway through the half. Lee Mulready hit the post while shooting for goal but soon after found the net to maintain the Bridge hopes of leveling up the scores. A Seamus O’ Connell long range free and an Oisin Breen point from play left only one goal between the teams entering the final few minutes. The ‘Bridge were well on top at this stage with all out attacks on the Barefield goal. It was a dramatic finish with the crowd now roaring on the ‘Bridge, a 21 meter free was awarded in the dying seconds by referee Jim Hickey and up stepped Conor Murphy who somehow sent the free through all the bodies to the back of the net to level up the game. The referee blew for full time but there was extra time to come. The full time scoreline was Smb 3-14, Barefield 5-08.

A Fionn Hayes point in the first half of extra time which gave the Bridge the minimum lead, and then a further point by Lee Mulready in the second half were all the ‘Bridge could muster in extra time as Barefield scored 4 points in extra time to win out the game 5-12 to 3-16.

There were good performances all over the pitch, certainly high scorers Conor Murphy and Lee Mulready did well big often the scores were the end result of hard work in other areas of the pitch and indeed manager Brian Culbert had encouraged the team to put in the hard work and the rewards will come. Others to play well included hardworking midfielder and captain Oisin Breen and full back Ian Collins put in a tough hour where he battled ferociously.

Although the ‘Bridge lost this semi final, they showed tremendous spirit and never say die attitude and they did put in a performance which is what is asked of all teams wearing a Bridge Jersey, they fairly rattled favorites ‘Barefield and ensured a battle in their home ground of O’ Garney Park. The Bridge had a big win in the quarter final against Wolfe Tones while Barefield had disposed of Kilmaley. Along with the on age U15s a lot of U14s and some U13s made up this team so this team will certainly improve as time goes by and they can take the experience of this championship game to help kickstart their future hurling at U16 this year and next year and if they can bring the spirit they brought in this game everyday they’ll have a bright future.

To celebrate winning the Canon Hamilton for the 14th time...

Coaching Workshop this Thursday in Sixmilebridge

The club are looking to source a photo of the full panel ...