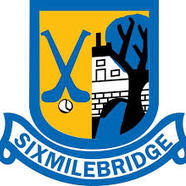 Published: about 1 month ago

The Chairman, Paddy Meehan welcomed everyone to the AGM on Friday last January 10th. He then called for a minutes silence for deceased members of the club.

The Secretary, John Macnamara, delivered a report on the 2018 AGM and then followed with his 2019 Secretary Report.

Finance: Joan presented a financial report for the year.

He commented on the massive success in the Minor Club for the year just finished. He thanked Mike for his 3 yrs and wished Eoin every success. He also made special mention of the previous Senior management team (John, Brian 7 Sean) taking up key coaching roles in the Minor Club. Paddy recognized Francis Downes work in the Hall as well as her recent Life-time achievement award - Paddy thanked the Camogie Club and wished Mike Quinn every success for the coming year. Finally, Caiman Barrett for his contribution via a new energy efficient lighting and heating system via his company Aramark.

At this point Paddy asked for the 4 management teams to say a few words.

The Election of Officers then took place

The following are the dates for the Clare U8 and U10 hurl...

In the interest of public safety, Bingo has been cancelle...