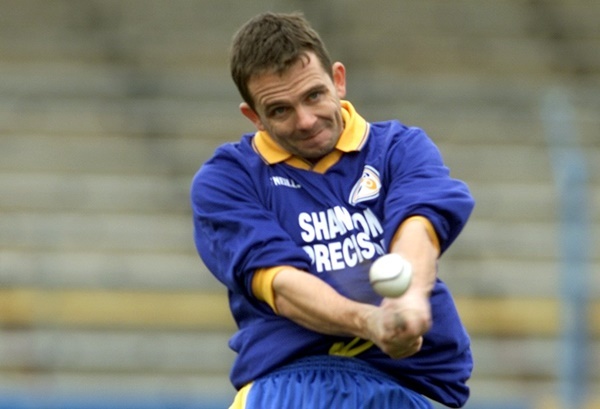 Published: over 3 years ago

So picture this, your outside the county at a wedding or any sort of social gathering and you start talking to some random person and the question comes up – where you from?

You answer: Sixmilebridge in Clare

Further questions from random person: Do you know Davy? He’s half mad isn’t he? What’s he like in real life? Do they like him down in Clare? He drives my wife mad, but jaysus I love him.

Then as the night goes on you become known as the lad who knows Davy Fitz and hurled with him in the club – The same questions above are asked by everyone your new random buddy introduces you to. My answers to the questions above would be along the lines of Big Dan Shanahan's forearm tattoo – “If you don't know him Don’t judge him”.

This real life episode played out at a wedding a number of years ago when Fitzy himself attended a Clare (Bride)/Tipp (Groom) wedding – Now everyone thinks the Tipp lads would run a mile when they see Clare's greatest custodian, but this night in question saw more photos taken of the then Clare manager than the Bride & Groom.

Fanatical is a word to describe someone motivated by an extreme enthusiasm or zeal normally in the case of politics or religion – With the frequent addition nowadays of new words to the dictionary such as “selfie” (which was a direct result of the Golden/Kilfeacle boys' antics at the above wedding), I think we couldn’t argue if a new term “Hurling Fanatic” was added with a simple explanation beside it saying “Davy Fitz”.

Fitzy, as he would be known around Garney Side, first dabbled in management in 1992 when he took over our club's U16 team. He was only 5 years senior to the majority of the team but you could already see he was ahead of his time in terms of coaching drills and building a team bond. In fact this team had no other choice but to bond as Fitzy, who used to drive a van for a freight company at the time, used to transport up to 20 of the lads in the back of the van going to matches. While the team lost the U16A county final to Eire Og, it is certain that Fitzy helped lay the foundation for the team winning the Minor A championship 2 years later, ending a 9 year wait for the Willie Chaplin cup to return to the Bridge.

Fitzy, regarded as one of the best shot stoppers in the game, experienced all Ireland glory for the first time at the age of 13 in the Community Games Hurling in Mosney back in 1983. The Bridge, representing Clare & Munster, defeated the Ulster Champions in the semi final by a cricket score – coming towards the end of the game the Antrim champs had failed to score so the Bridge management got a message to Fitzy to let in a goal to get them on the scoreboard, which he duly obliged. Following the game the losing team manager complimented the Bridge management on their talented team but commented they may need to find a new goalie considering the howler he was after letting past him.

After losing the All Ireland Minor final in 1989, to a Brian Whelehan led Offaly, Fitzgerald made his Clare senior debut during the 1989-90 National Hurling League. He went on to play a key role for Clare as one of the greatest goalkeepers of his era, and won two All-Ireland medals and three Munster medals. He was an All-Ireland runner-up on one occasion. He won an All Ireland Club medal in 1996 and the opposition this time was Dunloy of Antrim but there was no charity scores given in this game.

While Fitzy has parted way with the Clare senior hurling team we wish him well in his future, which no doubt will involve our great game of hurling.

The fact that Clare have won 4 All Ireland Senior hurling titles and Fitzy has played in 2 and managed 1 will be something that always exist in the annals of the Banner county.

A lot of intercounty players and managers in the GAA, upon retirement, use the Cliché “I’m looking forward to going back to my club” – In our case we can honestly say he never left our club. While his journey has taken him to LIT, Antrim clubs, Clare and Waterford he always keeps his finger on the pulse of the Bridge and for hurling folk in our village he will always be Fitzy, a legend and a hurling fanatic.

Hi All,The following message is on behalf of Sixmilebridg...

Thank you for all that you are doing to help our communit...

To help coaches through this difficult period, the GAA, A...

We previously advised that, until March 29th, games and t...

More Freestyle hurling from our U12s

Another sample of some of the action from the U12 Hurling...